As you’ve already guessed from my name – yes, I do look like I just got a perm. And it’s no wussy, soft-beach-waves kind of perm, either. Mine’s the real thing – noticeably long corkscrew curls and seriously tight ringlets that adorn my glorious body and are especially curly around my ears, neck, belly and throat.

Breed: LaPerm cat
Size: Medium, 4 to 10 lbs
Energy Level: 3/5
Talkative: 2/5
Coat: Short to long, with prominent wavy and kinky curls.
Hypoallergenic: No
Seeking: I get along with pretty much everyone!
Child Friendly: Yes
Personality: Extremely affectionate, very intelligent, loves chilling out on laps

Some refer to my abundantly curls as the ‘electric shock’ look, but I prefer the proper term given to my curly hairstyle in the world of cat fancy – ‘gypsy shag.’

My curls don’t just look different, either – they feel different. All you’ve got to do is run your fingers through my coat.

If my curls feel airy and springy, that’s how you know you’re dealing with a bona fide LaPerm and not some plain old curly coated cat.

Well, unless I’m really young. You see, my coat starts out fairly plain when I’m born and it takes around 2 to 3 months to really grow into its unique curly nature. So be patient, okay

Now before you get to thinking my fancy fur is the best thing about me, you should know that the rest of me is quite stunning as well.

For starters, my body is the perfect medium – neither bulky nor wiry – with a well-toned, lanky and athletic build. 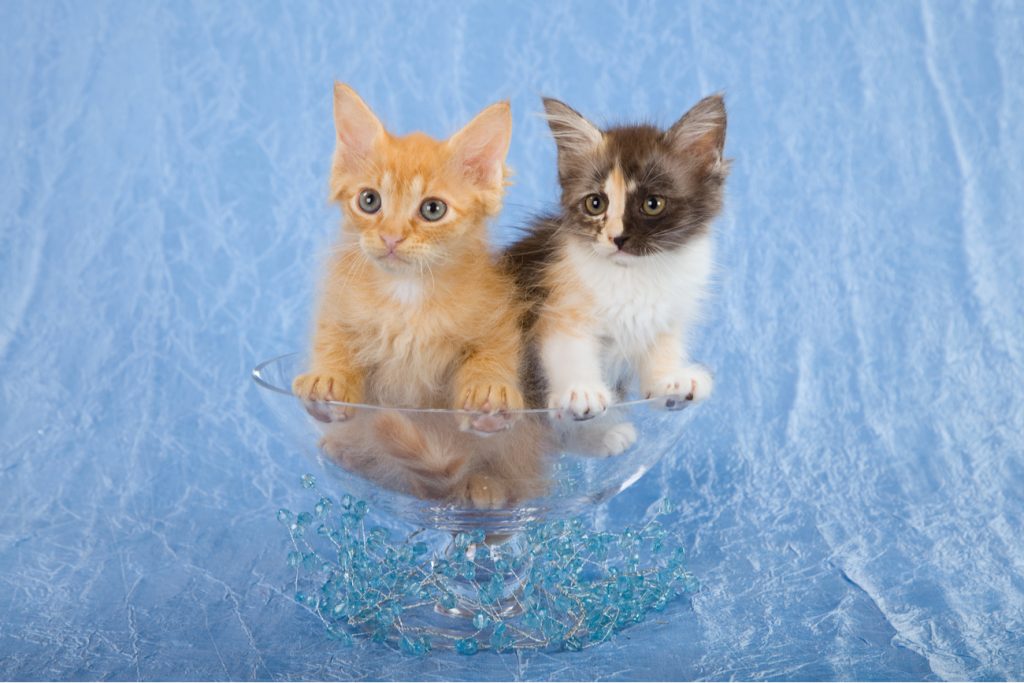 My large and expressive almond-shaped eyes are also considered a key attribute of my breed and combined with a nose that has a slight dip that gives way to a contoured whisker pinch, I wear a perpetually inquisitive expression that I hear is quite endearing.

And all this is topped off by a pair of pert, perky ears that are lined with my characteristic shaggy fur.

Naturally, my curly good looks and adorable face do prompt a lot of attention. You’ve been warned.

I am as affectionate as I am curly. Which makes me one of the most loving breeds in all the feline world. And I am generous when it comes to showing my love so it’s not uncommon to see me giving my humans a loving caress or a reassuring pat as a means of hello.

But as loving as I am, I am not one of those cat breeds who are constantly demanding to be loved.

I’m just not the clingy sort so you don’t have to worry about me being annoying, ‘though I am naturally curious and may follow you around from time to time to observe what you’re doing in and around the house.

And when you’re out, I’m okay with that, too, and won’t become anxious even if you leave me along for awhile.

I guess that’s ’cause I’m a very intelligent cat perfectly capable of entertaining herself. Highly dexterous, too, I am a cat that can learn to perform interesting feats with my paws. That includes opening doors, cabinets and all sorts of things you’d probably prefer to keep closed.

On top of my amazing level of smarts, I am also popular for my high emotional intelligence levels. My high EQ means I can easily adjust to new environments as well as warm up to new humans and other pets.

You should also know that I am not as active like other breeds, but spend a considerable part of my day checking out every nook and cranny I can find in my abode.

I am also a big fan of heights and won’t think twice about clambering up your cabinets and bookshelves when I get in the mood. I even like to show off my pouncing and jumping skills from time to time to entertain myself and my humans.

Cat experts share that this may be because I was originally bred to make sure that barns weren’t infested with unwanted visitors like mice and racoons. My ancestors were even known to get rid of small snakes just to keep the barns they were assigned to look after as safe as possible.

But never fear – my fierce hunting instincts don’t extend to humans, not even the little ones. I’m patient and friendly so you won’t have a problem with me if you have young children at home.

I am an all-around cat that is ideal for any household. I m perfect for first time cat owners and seniors because I am not as demanding compared to other breeds when it comes to attention. I am also a great option for parents with young children and other pets since I don’t have a problem establishing close relationships and have a great deal of patience as well.

However, there’s just one thing you need to take note of if you’re looking to have me as a pet anytime soon. My grooming entirely depends on how short or long my coat may be. The longer my coat is, the more frequent I need to be groomed to prevent it from getting matted.

Cat experts share that my very first ancestor was born in 1982 in a cherry farm barn near where the Wishram Indians used to fish and hunt back in the day, located in The Dalles in Oregon, United States.

Linda Koehl’s female barn cat, Speedy, gave birth to a litter of six kittens and she was very surprised to see one that was completely bald, but wore a classic tabby pattern like a faint tattoo on its skin. Just to make things even more bizarre, this kitten’s ears were set wider apart on its head.

Needless to say, it did not look like any of its siblings or either of its parents. Linda showed the strange kitten to her husband, Richard, and they decided that it was only a quirky mutation. The couple left the kitten to Speedy’s care and believed it would look normal like the rest of its litter within a few weeks.

However, Richard and Linda were both amazed when the odd-looking female kitten eventually grew a fine, curly coat in the span of two months.

Unlike other curly-coated felines, this kitten’s coat displayed a variety of unique corkscrews and ringlets. Linda gave her the name “Curly” as a nod to her appearance.

The Koehls took little notice of Curly’s strange physical attributes and allowed her to breed randomly with several tomcats in the area for the next few years, including a Manx and a Siamese. However, Linda discovered that instead of producing straight-coated kittens, Curly gave birth to ones that had the same coat as hers. She brushed up on her breeding and genetics know-how and discovered that Curly carried a mutated rex gene that made her unique.

After months of extensive controlled breeding programs, Linda entered Curly’s descendants in a cat show and immediately garnered a lot of attention. The petition to register Curly and her ktitens as a separate breed was sought and the LaPerm was officially recognized by The International Cat Association (TICA) in 1995. We are also accepted by the Cat Fanciers Association (CFA) and the Governing Council of the Cat Fancy (GCCF). 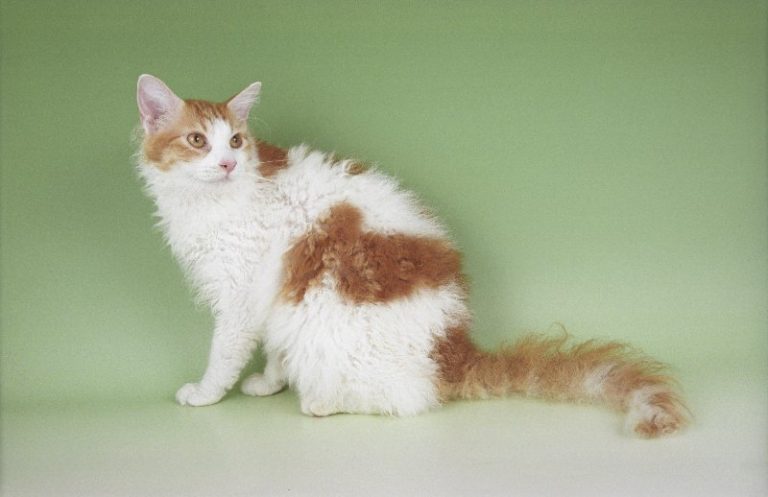 I am a fairly resilient cat and not as vulnerable to health problems compared to other breeds. You also won’t have a problem keeping me within my ideal weight since I spend a good part of my day exploring and playing all by myself, which burns quite a lot of calories.

Grooming is the main priority when you’re looking to have me as your cat. Depending on the length of my coat, I need to be brushed meticulously for a few minutes every three days or so to prevent matting. This also helps control the amount of hair I will shed.