Although cats are popular pets as a whole, there are some cat breeds that are even more popular than others.

The Cat Fancier’s Association has released its most popular cat breeds list for the previous year, which means it’s time to get to know the world’s favorite felines.

As you’ll see, it’s not all about the standard notion of feline beauty that gets a cat voted up – the cat breeds on this list are as diverse as it gets, from the most talkative cats to some of the most athletic.

See who’s winning their way into the most homes – and why! 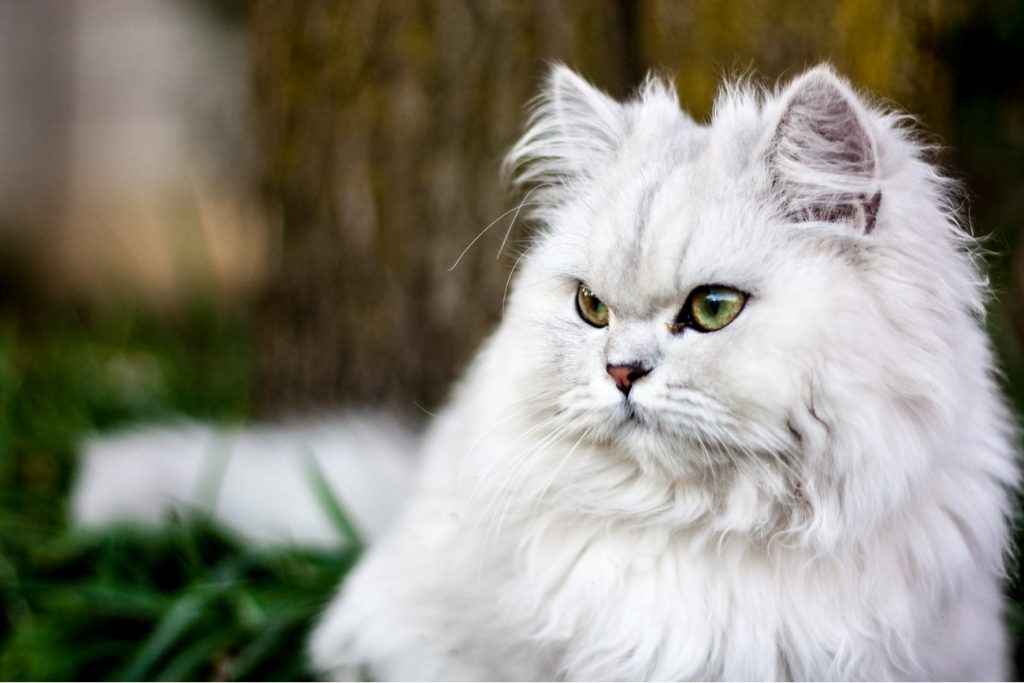 I don’t mean to brag, but I’ve officially been the most popular cat breed for, like, forever. Thirty years, to be exact, but who’s counting

My desirability has both to do with my adorably fluffy looks as my extremely laid-back personality. I’m very zen-like, you know – gentle, soft-spoken and capable of accepting every moment with gracious nonchalance. No wonder I’m #1.

Read more about the Persian. 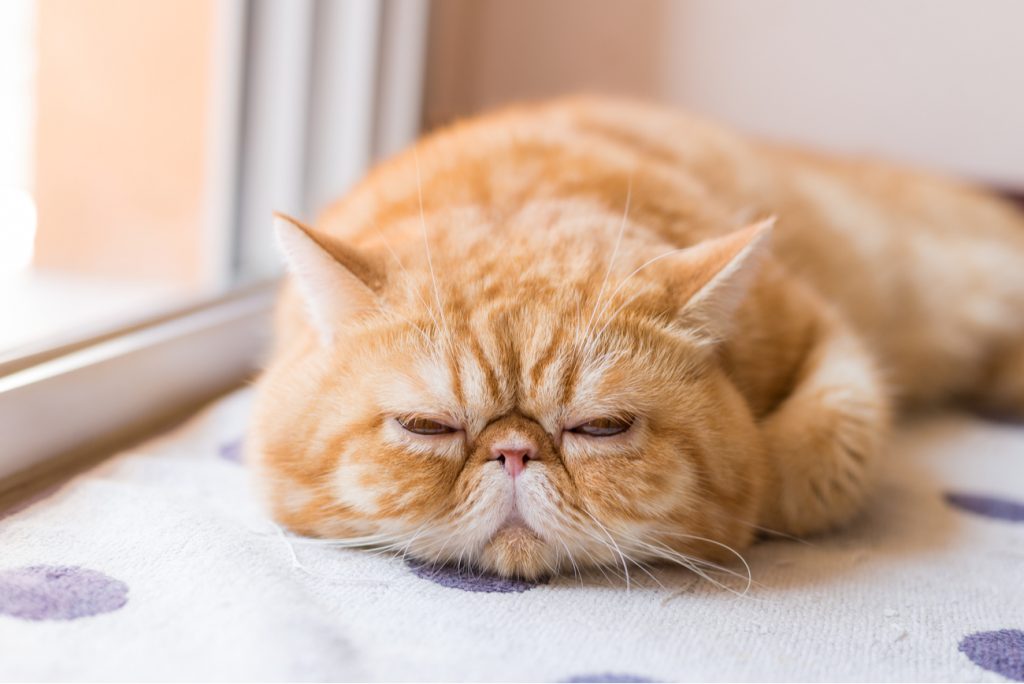 I’ve even inherited the Persian’s easy-going, affectionate disposition, but with another crucial difference – I’m actually active and playful. I’ve been in second place now for three years straight, but it won’t be long ’til I move up!

Read more about the Exotic Shorthair. 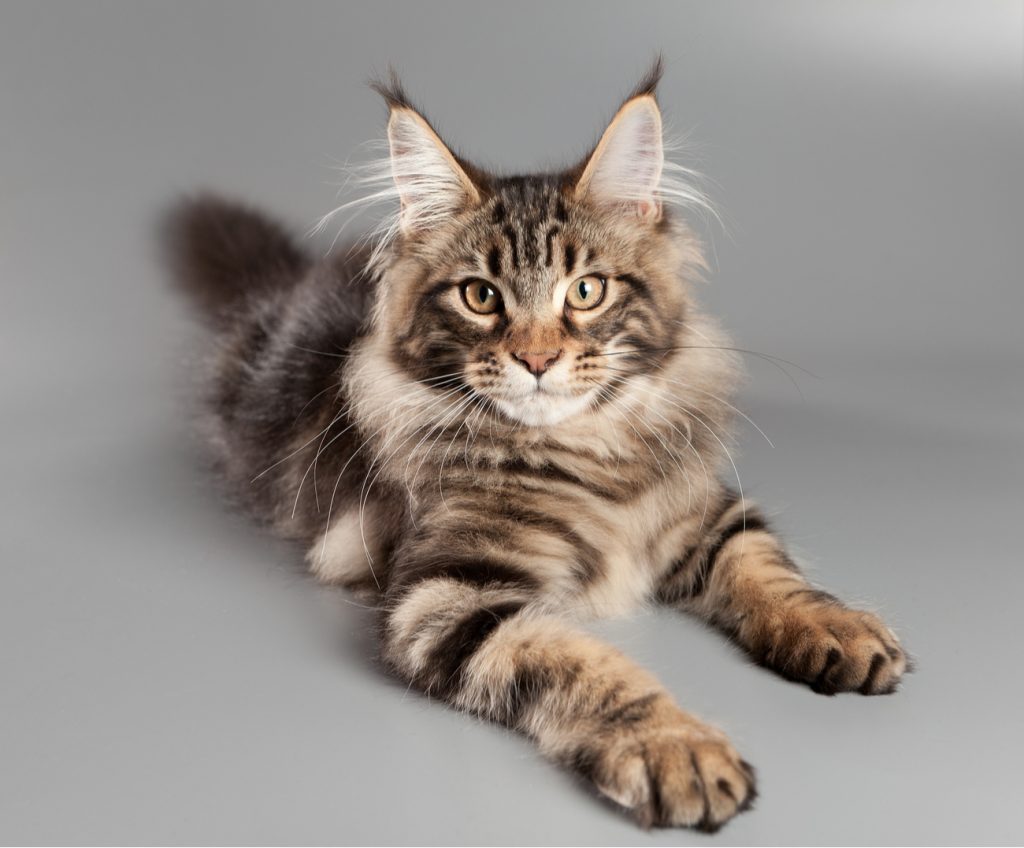 I’m a true American – big, hearty, and one of the oldest breeds to originate in the US. I’m not only #3 on this list – I’m also the official state cat of Maine. How many other felines can claim that

A rugged sort of cat, I’m built to survive – and thrive – with my water-repellant fur and top-notch hunting skills but underneath my brawny good looks lies the heart of a gentle giant. I’m as loving and affectionate as a kitten and great with kids!

Read more about the Maine Coon. 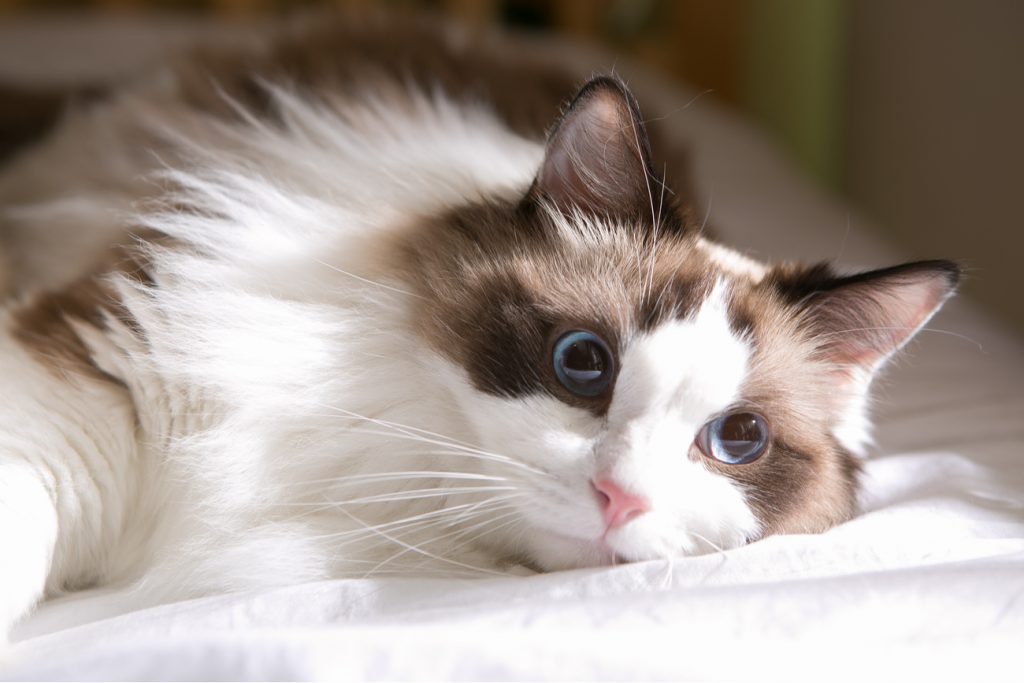 My name gives me away. I am every bit as big, fluffy, and easy-going as a ragdoll. I’ll even go limp when you pick me up – which I’ll let you do even if you’re a total stranger.

I’m just friendly like that, ‘though my sociability never gets annoying. At most, I’ll follow you from room to room just to remain within petting distance. It’s easy to love me, which is why I’m toward the top of this list.

Read more about the Ragdoll. 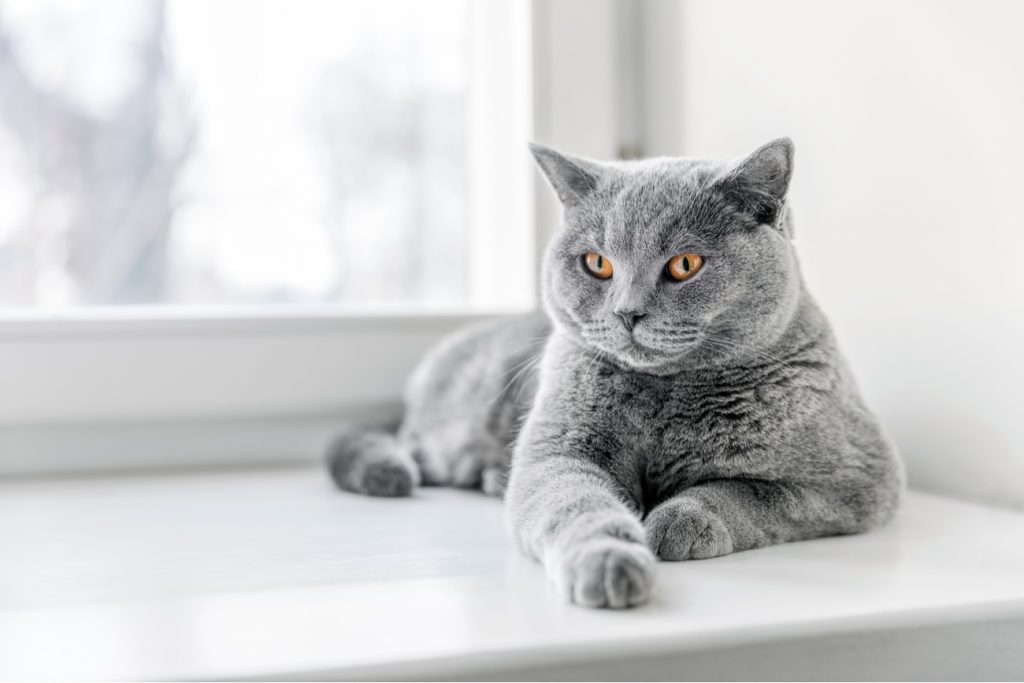 With my round, fluffy teddy-bear looks, it’s no wonder I’m the most popular cat in Britain. And it’s not just my looks that keep me ranking on the world’s most popular cat charts, either – I am a well-mannered, genteel feline with a zen-like disposition toward life and fellow creatures.

Read more about the British Shorthair. 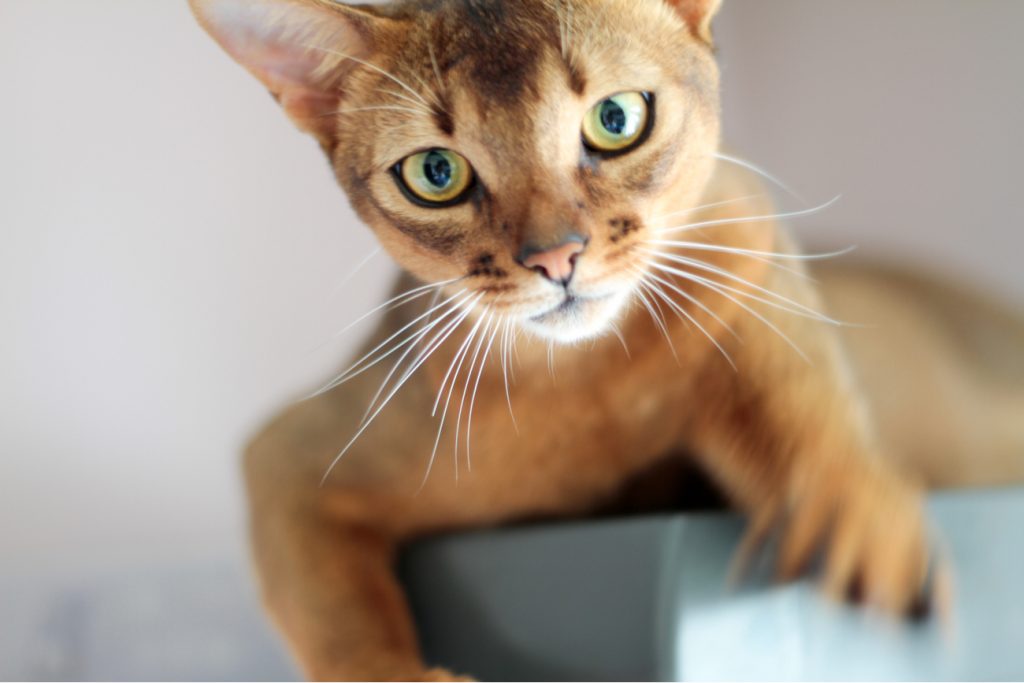 I’m a high-spirited stunner with looks that rival the sacred cats portrayed in Egyptian murals. But I’m no elegant lap cat – I prefer to live life on the edge, fueled by my insatiable curiosity to climb to the highest heights of the home, investigate everything my humans are up to and explore anything that catches my ever-alert attention.

My high energy, intelligence, and zest for life keeps me ranking high on Most Popular Cat Breeds charts, as well as those for ‘Smartest,’ ‘Most Active,’ and so on.

Read more about the Abyssinian. 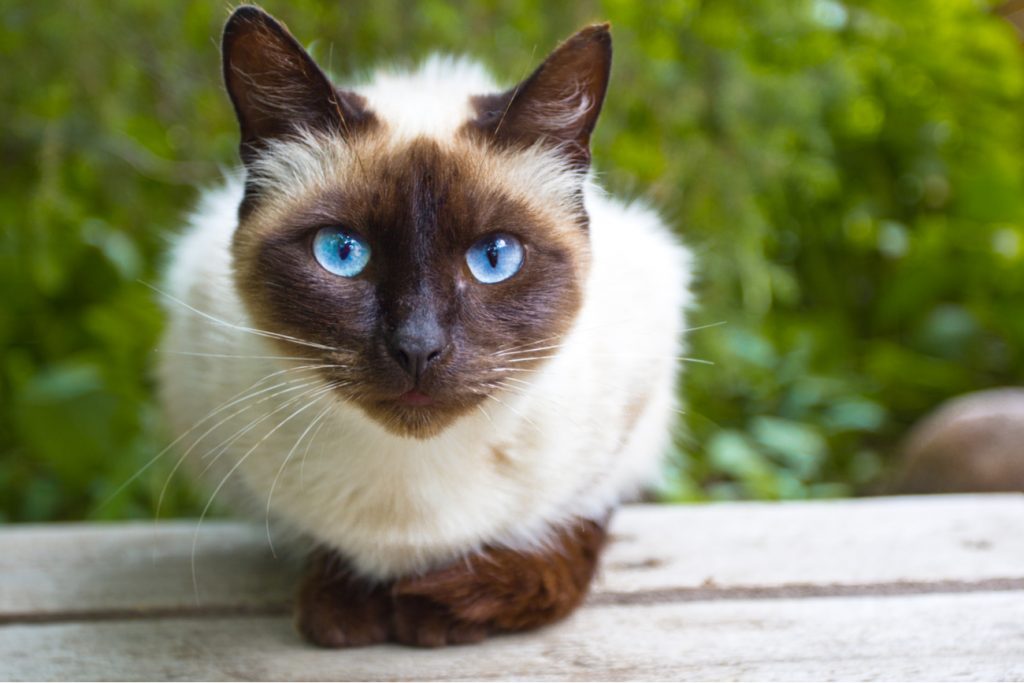 I am a straight up extrovert who loves to mingle and be right where the action is. It doesn’t matter where you are or what you’re doing – I’ll be there and you can bet I’ll have something to say about it.

In fact, I’ll have a lot to say ’cause I’m one of the most talkative cats ever. But as chatty as I can be, I’m also unabashedly affectionate with my humans which makes me a pleasure to have around and a fixture on Most Popular Cat Breeds charts.

Read more about the Siamese. 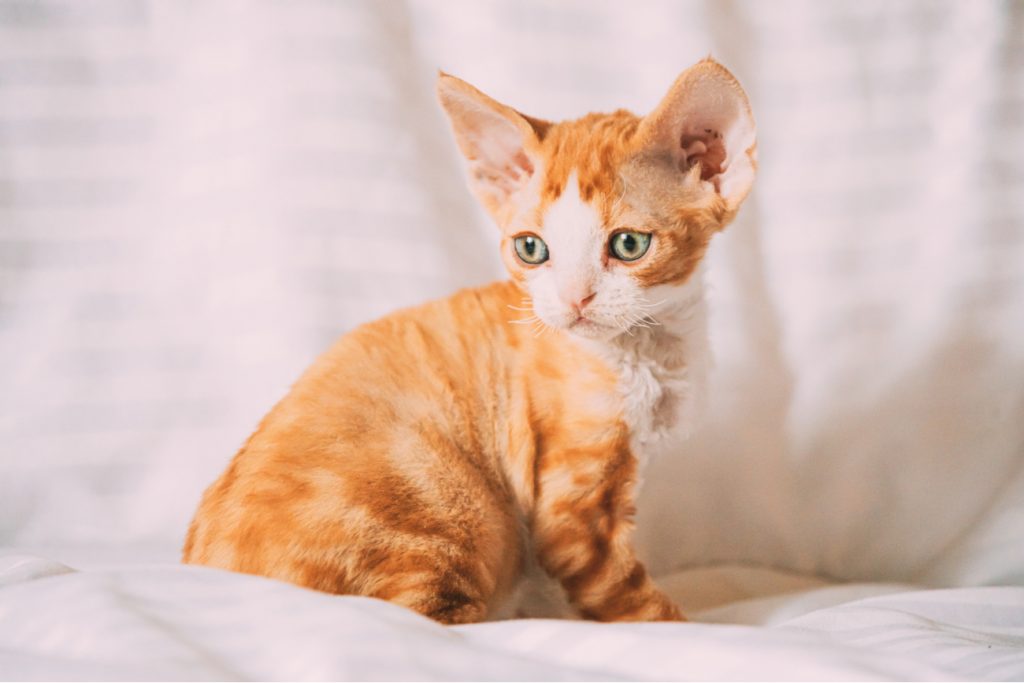 My large eyes and ears combined with my short, wavy coat has earned me a few nicknames, including ‘elf cat’ and ‘poodle cat,’ but the most accurate is ‘monkey in a cat suit’ for my dexterous climbing and jumping abilities as well as my people-pleasing performances.

Combine my endless affection with my dog-like, sociable nature and you’ll understand why I’ll remain one of the most popular cat breeds for years to come.

Read more about the Devon Rex.

Among orange cats, you’ll find some of the most vibrant, active, and athletic cats in all the feline world.

There’s just something about grey cat breeds distinguished aura that make them stand out from the rest.